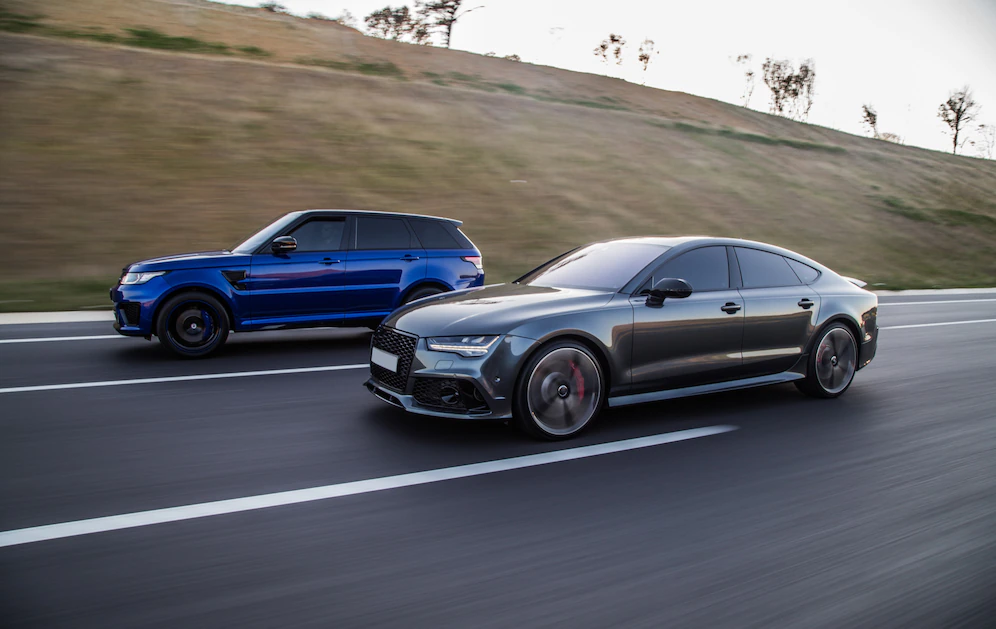 Having studied law at Dean University Law School, Jerry Cardwell serves as the attorney for Cardwell & Associates, a law firm in Denver. He also acts as a transactional writer in federal and state courts. When not working, Jerry Cardwell enjoys sports car racing.
In America, both amateur and professional sports car racing became widely recognized in the late 1930s, and there is no single body that organizes automobile races in the country. Nevertheless, the activity is pretty popular in the U.S as they have several race tracks. Some amazing ones include:
1. Circuit of the Americas: The race track is the sole FIA- certified American speedway. Measuring more than three miles in length, one can find the racing facility in Travis County. The track contains 20 anticlockwise turns with 11 and nine turns to the right and left, respectively. The Circuit of the Americas can house up to 120,000 supporters, and one can use the place to host concerts.
2. Road Atlanta: This track came to existence in 1970, and anyone can locate it outside Braselton, Georgia. With 12 turns, the track’s length is more than one mile, and its speed record is 224 Miles per hour. Road Atlanta can contain 71,000 fans, and it organizes the AMA motorcycle races, the Petit Le Mans, and Formula D, to mention a few.
3. Hickory Motor Speedway: This track opened in 1951, and one may locate it in Hickory. This racing facility is also known as the world’s most popular short track, and it can house 13,200 fans. In addition, Hickory Motor Speedway hosts events such as the NASCAR Whelen Southern Modified Tour and the Monster Energy NASCAR Cup Series.
at April 20, 2022 No comments: 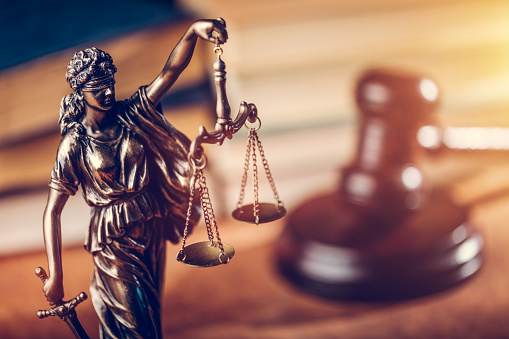 An attorney in Castle Rock, Colorado, Jerry Cardwell has over 30 years of experience. Jerry Cardwell offers his legal services to residents contending with home owner’s association (HOA) law. Colorado’s HOA laws grant homeowners fundamental rights independent of HOA rules.
An HOA consists of a board elected by residents of a particular neighborhood. A resident automatically joins that HOA upon moving in and must follow the HOA’s Declaration of Covenants, Conditions, and Restrictions (CCRs) guidelines. Responsibilities to that HOA include paying dues for upkeeping public spaces or funding neighborhood activities.
Under Colorado law, the HOA must publish the dates for residents to submit dues each month and how long after each deadline a month’s due is considered delinquent. If a resident does not pay their dues on time, the HOA must notify the resident how much they owe, including interest. If they fail to remedy the delinquency, the HOA can file a lawsuit against them and offer to create a payment plan where the resident pays off their debt over at least six months.
In addition to their financial authority, HOAs can dictate the aesthetic aspects of a neighborhood, with some restrictions. Though HOAs may limit the types of hard pave elements on a property, like stone walls or patios, they cannot prevent residents from utilizing xeriscaping, using non-vegetative elements. They cannot create CCRs that force residents to water their landscapes In a way that violates Colorado law or force the installation of artificial turf.
at February 15, 2022 No comments:

Email ThisBlogThis!Share to TwitterShare to FacebookShare to Pinterest
Labels: Laws 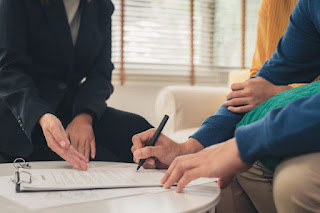 A Castle Rock, Colorado resident, Jerry Cardwell graduated from Drake University Law School. Jerry Cardwell has owned and operated Cardwell & Associates since 1990. As an attorney, he specializes in homeowners association law and contributed to its growth in Colorado
Homeowners associations resemble organizations that establish rules that the rest of the communities must follow to live in harmony. HOA is a branch of property law that many lawyers can practice with interest in as it only requires knowledge about property law and governing contracts.
Homeowners association attorneys represent board members in the association and community residents. They contribute to rules created by the association as they advise board members with property right matters and contracts. They have to make sure that all the rules created are compliant with the government laws.
They also advise residents in a community about their rights and what they can and cannot do. Typically, they search to fix problems without trials or lawsuits as they contact residents who violate any rules and work with them to develop a beneficial solution.
at January 27, 2022 No comments: 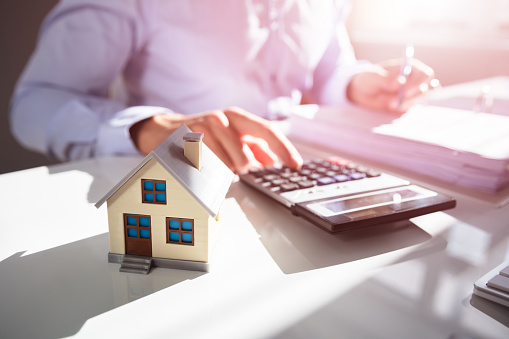 Homeowners in Colorado are liable for annual property taxes. Property taxes pay for many municipal and regional services. A portion of taxes goes towards financing the local school system, public health programs, and public services like libraries and emergency services.
The amount of property tax owed can vary year by year and is derived from a formula that begins with the property’s appraised value.
Every two years, the county assessor reviews and adjusts property values. Since there can be thousands of residential properties within a single county, an actual property value may be broadly assigned to homes that meet certain criteria. This process is known as a mass appraisal.
Actual property values are often overestimated due to this practice. Particular homes may be worth much less than their determined value due to structural issues or changes to the neighborhood. Residents have the right to appeal the assessor’s valuation and reduce their property tax liabilities.
On May 1st, county residents will receive information from the county about any changes to their home’s actual value as determined by the county assessor. Residents have one month to contest the value by submitting a protest to their assessor. The assessor may approve or deny the claim. Experts advise residents to work with a tax professional throughout this process.
The actual value is then used as the basis to calculate the property tax bill. In Colorado, all counties levy an assessment rate of around 7.15 percent for residential properties. The actual value multiplied by the assessment rate gives a number called the assessed value, which is a fraction of a property’s actual value.
The assessed value is then applied to a formula known as the mill levy to determine the final tax bill. The mill levy charges 0.1 percent of every $1,000 in assessed value. Mill levies vary by city.
For example, the mill levy in Denver is 74 mills as of 2021. This means that a home with an assessed value of 20,000 would pay around $74 for every $1,000. In this case, the tax bill would amount to $1,480.
Some residents qualify for reduced property tax bills or exemptions. In Denver, seniors, families that earn a low income, or people with disabilities can apply for exemptions. Some counties also exempt disabled veterans.
After receiving the tax bill in January, homeowners have until the following January to begin making payments. Residents who pay the tax bill in one payment must submit the lump sum by April 30th, while residents who choose to divide their payment in two must pay the first installment by February. The second installment is due June 15.
Late property tax payments can incur a 1 percent monthly penalty. In cases of severe delinquency, the property tax may be sold as a lien on auction. When this occurs, the property owner is still liable, but will have to pay additional fees and surcharges to clear their debt.
Many cities enable residents to view how their property tax dollars are divided among the various municipal agencies. Residents who disapprove of how their taxes are allocated can inform their local officials, or relocate to an area with lower mill levies or average actual property values.
at September 28, 2021 No comments:

Having studied law at Dean University Law School, Jerry Cardwell serves as the attorney for Cardwell & Associates, a law firm in Denver... 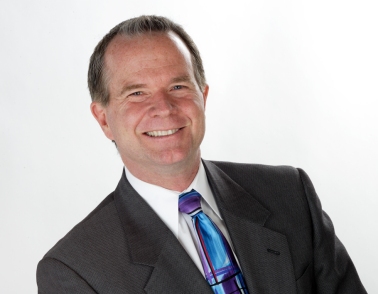 An attorney with nearly four decades of experience, Jerry Cardwell owns Cardwell & Associates, a boutique law firm once located in the Cherry Creek district of Denver, Colorado, now officing in Castle Pines, CO. He founded the firm in 1990 to focus on transactional writing, real estate, and business law, although he also serves clients in other ways, including mediation and litigation. Throughout his career, Jerry Cardwell has operated under the principles of Kaizen, a Japanese philosophy meaning continuous improvement.

His past experience includes owning and operating technology businesses serving the fast-food, medical, and real estate industries. He has traveled across North, Central, and South America, gaining perspective and wisdom drawn from a diverse range of cultures and backgrounds.

Mr. Cardwell earned his JD from Drake University Law School. He is affiliated with professional organizations such as the American Bar Association. Outside of work, he enjoys spending time with his wife and two children. His hobbies include horseback riding, kayaking, racing sports cars, skiing, snowboarding, and trap shooting.